An Everyday Guide to Mala Meditation

By Sat Purkh Kaur Khalsa
When you see images of saints and sages, you often see a mala in their hand. So which came first, do you think? The saint or the mala meditation? The chicken or the egg? I can’t say but Yogi Bhajan was always running a mala while teaching, while meeting with students, in business meetings. And for myself, my mala has saved my grace more than once in business meetings when things weren’t going my way, or I was becoming impatient. Run the beads, chant the name, slow the breath and be the victor.
Malas have been used by every religious tradition, so there must be something to it. My first experience with a “mala” was creating prayer ties for a vision quest I was embarking on above the hills of Ojai, California. I sat for days, weeks, placing a pinch of tobacco into a tiny square of cloth, saying a prayer, and then folding, twisting and tying it onto the line with all the many others. In this way, I created my very own mala of 408 “beads” which became my only shelter during my three days on the mountain. And essentially this is how malas work: the prayer we offer as we pass the beads between our fingers shelters us from our own neurosis, our duality, our straying thoughts, our emotions and brings us back again and again to the name—the reality within.
Malas take us both deeper into reality and also shield us from becoming too engrossed in maya’s play. For example, Yogi Bhajan suggested running a mala while you watched a movie so that the mind doesn’t become too immersed in the fantasy.  You can also use your mala to go very deep into a meditation. One recent example for me was practicing the Miracle Mantra: Guru Guru Wahe Guru Guru Ram Das Guru (5 times on a breath) in a group. We had decided to complete 100 malas or just over 1000 repetitions of the mantra. It took just over three hours to complete and the mala kept our minds focused and alert to the present moment.
If you find yourself in a situation where you don’t have your mala with you, but you still need the support of that ritual movement and recitation of the name under your breath or silently in your mind, simply use your fingers: each joint becomes its own bead upon the mala that is your hand. I like to move in a spiral shape toward the center and out again, but you can simply just move from fingertip to fingertip and recite Sat Naam or Wahe Guru or Ram or Jesus, or whatever name liberates you and delivers you to peace and ease.
Remember: it’s the prayer that makes the mala. Yes, the beads have certain qualities depending on the stone or metal they are made from, but it is the simple, humble act of running the beads that makes it work. A beautiful, even priceless mala, is worth nothing until it is running between the fingers of the devotee. 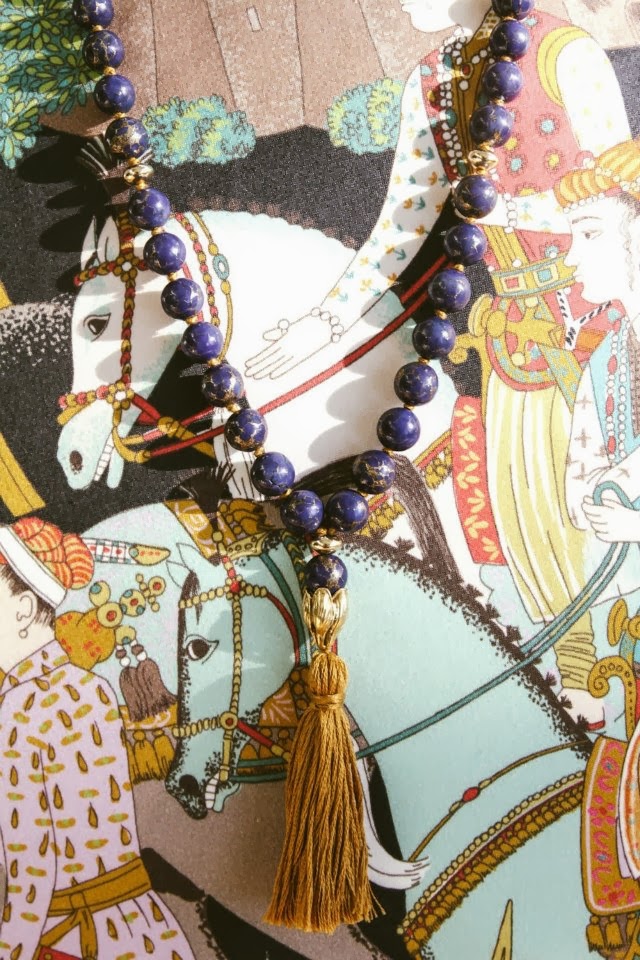 Check out our mala collection at Long Time Sun Apparel

Sat Purkh Kaur Khalsa has been singing for as long as she can remember. Her journey with the sound current began many years ago and doesn’t seem to have an end—instead it has become an infinite quest for the anaahat, or unstruck sound.

A student of sound for more than 20 years, she integrates the Naad into her music, teaching, and healing practices. She has studied with some of the great Sound practitioners in the West: David Hykes, Shanti Shivani, and Pandit Mukesh Desai and is also influenced by the Shabad Guru—the sound current in the Sikh tradition.  Her music focuses on using sound to move the body, the mind and the breath toward powerful transformative experiences that uplift the individual and serve the soul.
A writer, editor, poet, singer and songwriter—and a pretty good cook, too—Sat Purkh is a KRI Certified Kundalini Yoga Instructor and Practitioner as well as a Professional Trainer in the KRI Aquarian Trainer Academy. Sat Purkh joined the KRI staff in 2006 and was instrumental in the development of the Level Two Teacher Training curriculums. Currently she serves as Curriculum Coordinator for The Kundalini Research Institute’s Immersion Level One Teacher Training, offered annually each August. She has five albums of sacred music, Nectar of the Name, Beautiful Day: The Aquarian Sadhana, Queen Be: The Goddess Within, Love & Other Miracles, and Another Beautiful Day: Live Aquarian Sadhana; she is also the author of Everyday Grace: The Art of Being a Woman, an introduction to the Women’s Teachings of Yogi Bhajan. She’s currently completing her sixth album, One: Light, Love, Life. She lives with her husband, Abhai Raj, their two cats, Fatty and Slim, and their dog, Vinnie.
Posted by Long Time Sun Apparel at 3:56 PM